The purpose of the PEOPLE (Public Education Outreach Promoting the Law & Equity) Committee is to proactively inform and educate the public, including students, adults and members of news media, about the legal system. The Honorable Lyle Strom is Chair of the committee.

The Bench Media Committee is committed to ensuring a professional and positive working relationship among Nebraska lawyers, courts, and the media. The committee relies on the volunteer efforts of both the legal and media professionals.

A recent activity of the Bench Media Committee in 2018 was the addition of the Student News Reporter Contest to the State High School Mock Trial Championship in Omaha.

Other completed and ongoing activities include the following:

A recent example of the Bench Media Committee's work is shown in the photos below from a pop-up class, Covering Nebraska Trial Courts, offered by the UNL College of Journalism and Mass Communications. The class was conducted at the NU College of Law. Pop-up classes provide 15 hours of instruction and one academic credit hour to UNL-enrolled students. "Pop-up classes provide students with a deep dive into new skills and new thinking, furthering our college's goal of producing career-ready, digitally-fluent professionals who can hit the ground running," said Amy Struthers, CoJMC Dean. 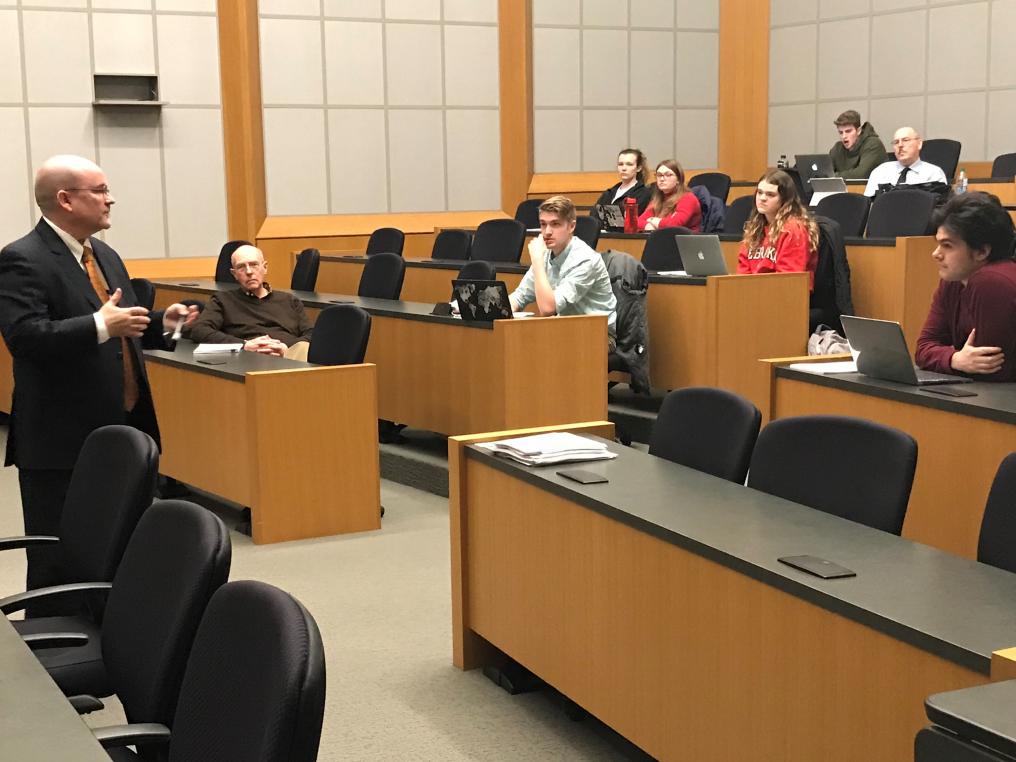 County Judge Todd Hutton, 2nd Judicial District, discusses the importance of portraying the legal system accurately with UNL students at a pop-up class offered by the College of Journalism and Mass Communications at the NU College of Law. 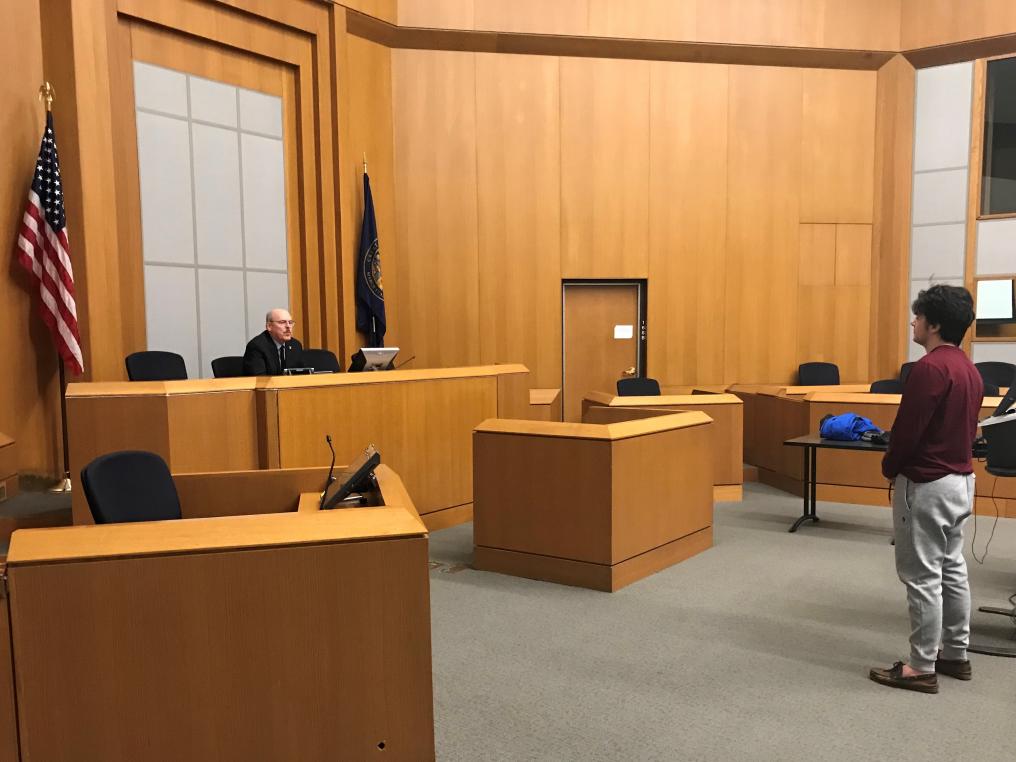 Retired Holt County Judge Alan Brodbeck conducts a mock bond setting hearing and arraignment for students enrolled in a one-credit pop-up class at the UNL College of Journalism and Mass Communications. The course was held at the NU College of Law. 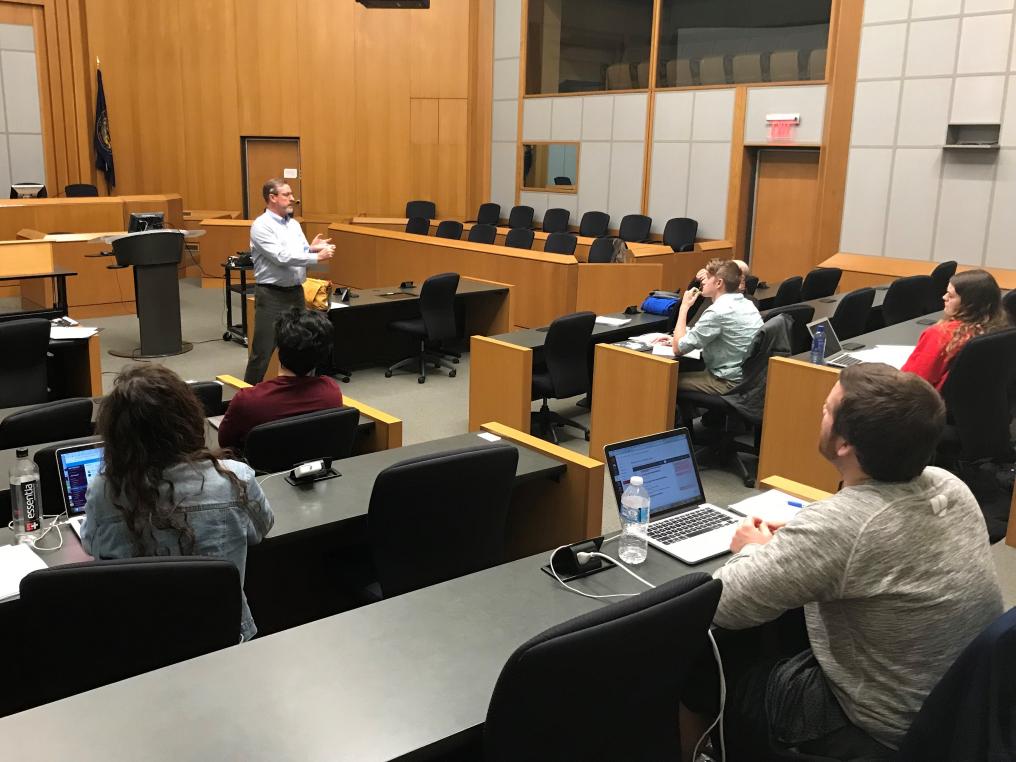 Attorney Todd Lancaster discusses the importance of portraying the legal system accurately with UNL students at the NU College of Law. 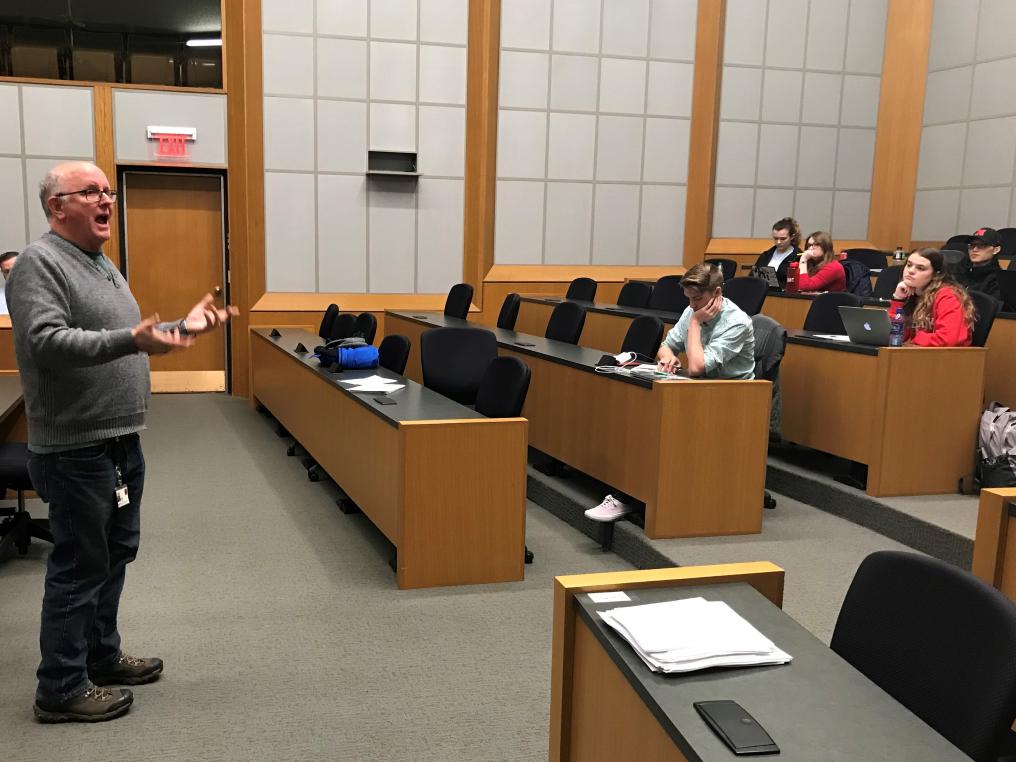 Journalist Bill Kelly, a member of the Bar Foundation's Bench Media Committee, talks with UNL students about where to find background information for stories as part of a pop-up class on covering the courts offered by the UNL CoJMC at the NU College of Law. 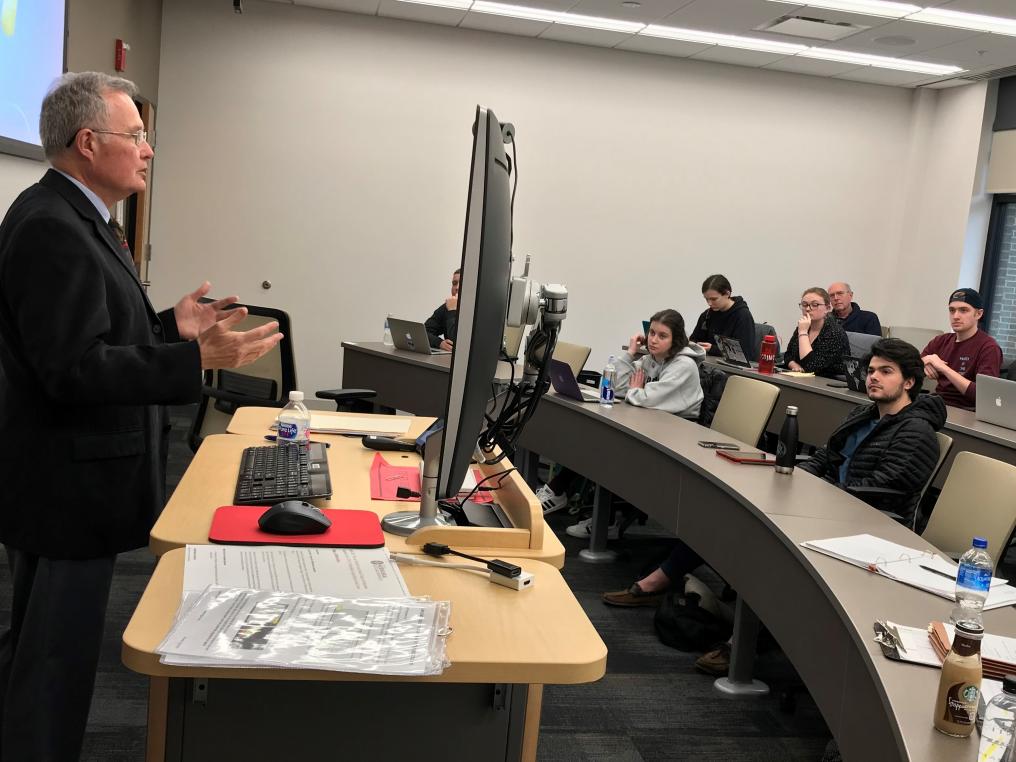 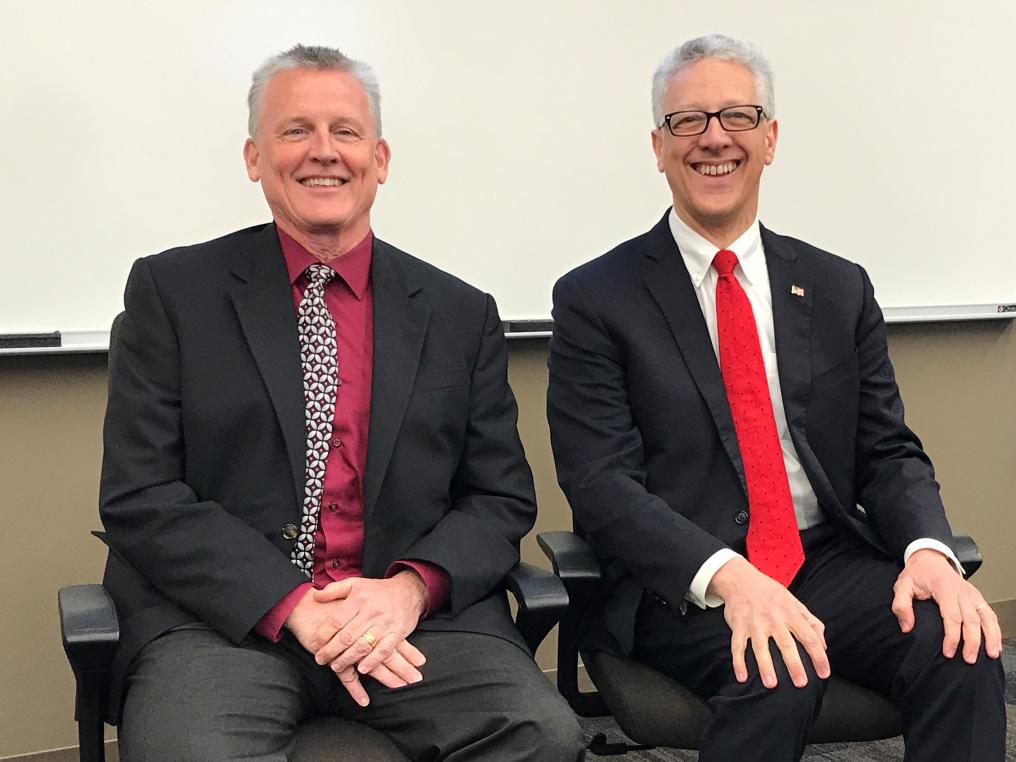 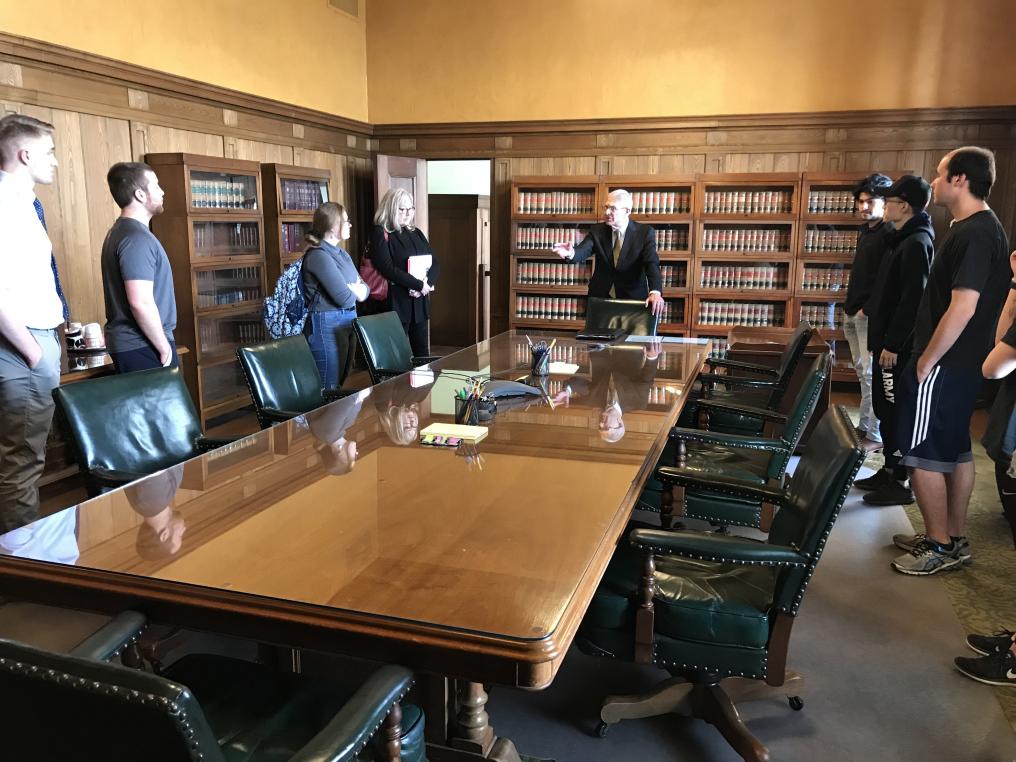 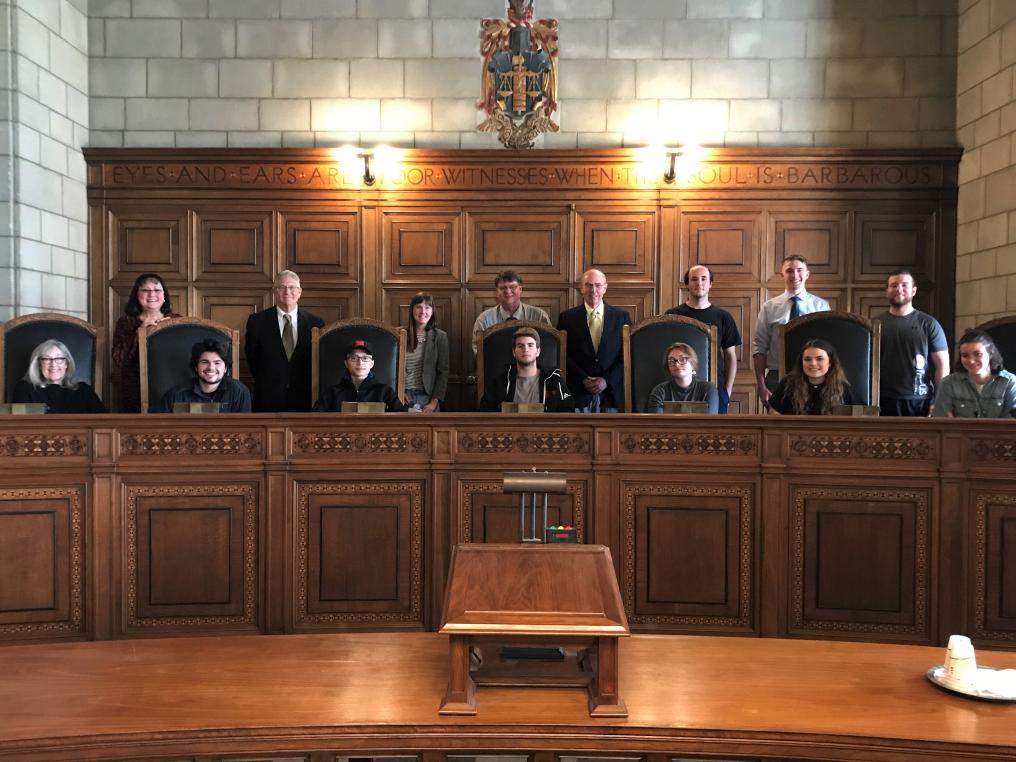