On May 1, hundreds of fifth graders around the state of Nebraska attended Law Day Job Shadowing 2019 events. This marks the 19th year that Law Day has been celebrated in Nebraska and to date over 6,000 students have participated.

Law Day Job Shadowing is an annual cooperative program of the Nebraska State Bar Foundation and the Nebraska Supreme Court conducted on or near Law Day, May 1.

Holt County Courthouse Law Day Job Shadowing included speaking with the County Attorney and Court Reporter, visiting with the O’Neill Chief of Police, a mock trial of Little Red Riding Hood and tour of dispatch and the jail. The students filled out evaluations from their day and their answers for the question “What surprised you most about what you learned, heard or observed?” showed how much they were amazed by the skills of Court Reporter, Kami Hooey. Below are a few of the answers from students. 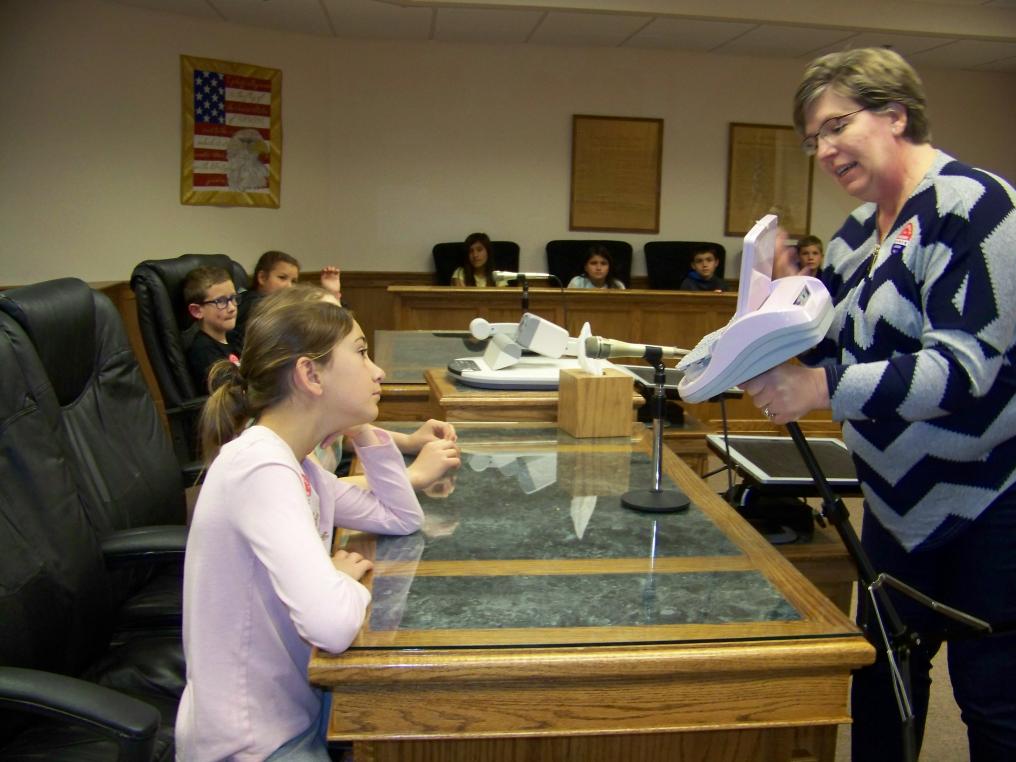 Webster County Courthouse started their day with an explanation of Law Day Shadowing followed by discussing jobs, a mock arraignment, a mock trial and a visit to the sheriff’s office. The Nebraska State Patrol provided alcohol impaired glasses for the children to try on and try to complete simple tasks. The discussion about alcohol and drug-related crimes is a testament as to why Law Day Job Shadowing exists. Multiple students wrote about their surprise at how many crimes involve drugs and alcohol. When asked “Which part of the job were of interest to you?” students wrote the following: 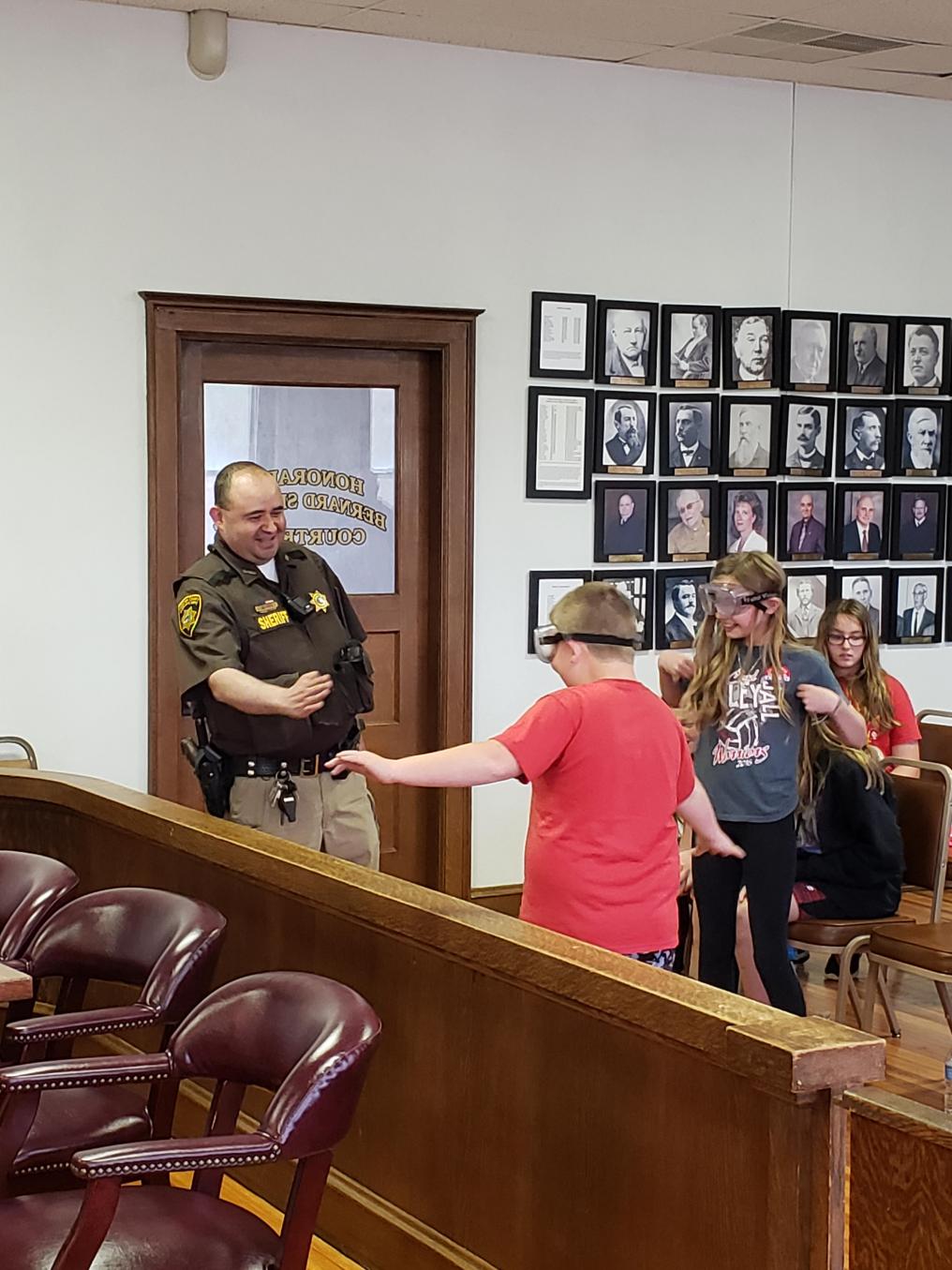 A big thank you to all of the volunteers who make this day possible.

*All student quotes are exactly as written on their evaluations, please excuse any spelling and grammar errors.

Questions about how to participate in Law Day Job Shadowing in 2020? Contact the Nebraska State Bar Foundation at 402-475-1042 or by emailing mary [at] nebarfnd.org.

You can learn more about the NSBF by visiting our website or by following us on Facebook.